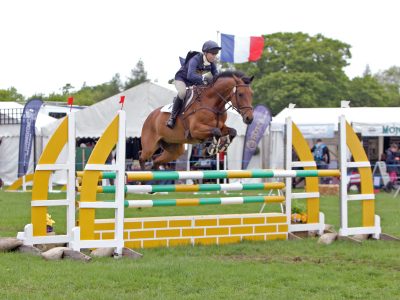 15 May BS Classes at Rockingham – A Game Show Qualifier!

Posted at 12:43h in News Archive by Katie Callaghan

Following the success of the first ever Game Fair Showjumping Championships in 2016, the organisers of the Game Fair supported by British Showjumping are pleased to announce that it will be returning for a second year.

The Game Fair, which is Britain’s largest and most prestigious countryside event, have announced a series of qualifiers to be run on grass at equestrian centres and premiere county and agricultural shows around the country. First round qualifying competitions for Connolly’s RED MILLS Senior Newcomer and Equitop Myoplast Senior Foxhunter are to be held at:

The top six placing and all double clears will qualifying for this prestigious Championship finals held at the Game Fair between 29th – 30th July 2017 at Hatfield House, Hertfordshire.

For more information about The Game Fair 2017 please click here.